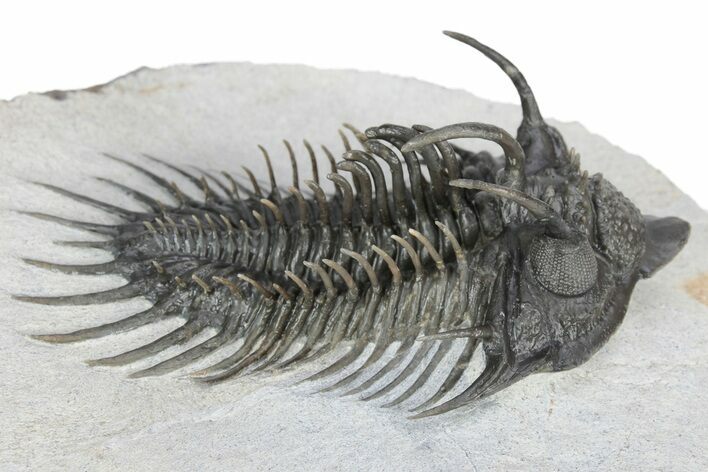 This is a 2.8" long Comura bultyncki trilobite from Ofaten, Morocco. Preparing a trilobite such as this requires 60+ hours under microscope. It has dozens of free-standing spines and you can even see tiny eye facets in both eyes. This is a very nicely prepared example with only about 1-2% restoration along repaired cracks.