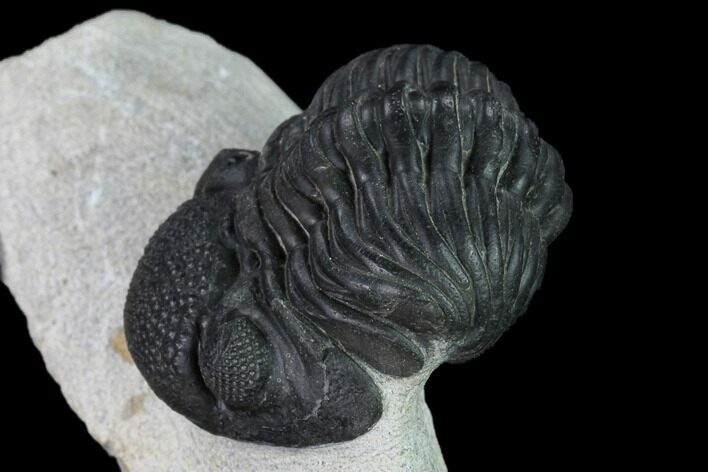 This is a partially enrolled specimen of Pedinopariops (Hypsipariops) vagabundus from Mrakib, Morocco. It would be around 2.8" long if outstretched. It was prepared, still partially embedded in the limestone that it was found in.