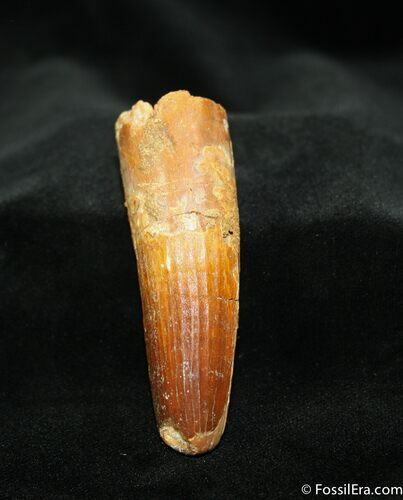 Here is a large 2.8 inch long tooth from the largest known meat-eating dinosaur to roam the earth, Spinosaurus. It is a fine example with good enamel preservation. There is a couple of minor repairs to the tooth were it had been broken and put back together.