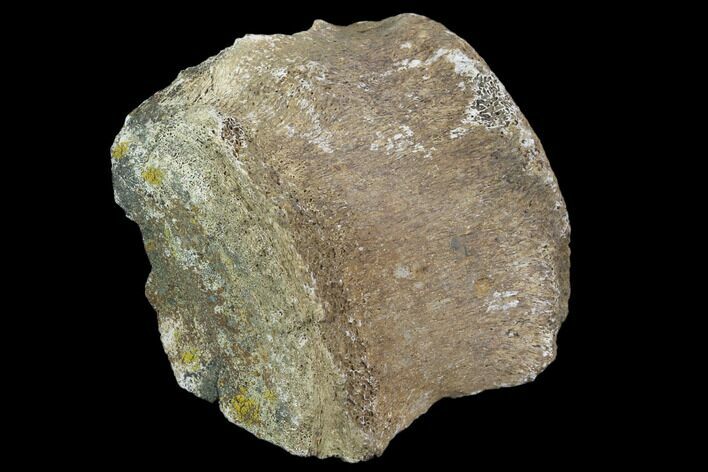 This is an 2.9" Bone (centrum) Fragment of Triceratops horridus, from The Hell Creek formation, Dawson County, Montana. This example is a portion of the centrum of a cervical or dorsal vertebrae.
It has well preserved and shows compact (cortical) bone and marrow structures.