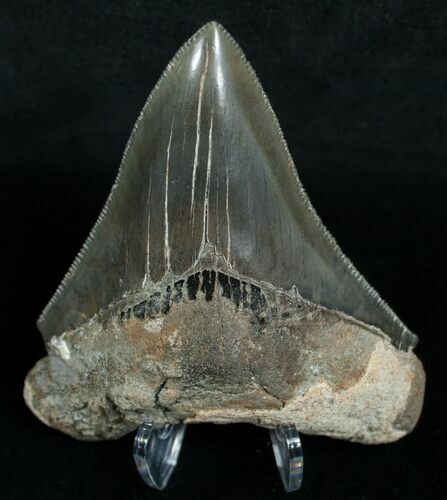 This is a 2.95" long Megalodon tooth with a really nice blade. The blade is highly serrated and the tooth of the tip is sharp. The root is a little soft but it's still a beautiful tooth for the price.