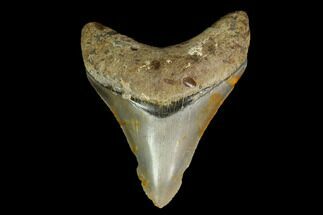 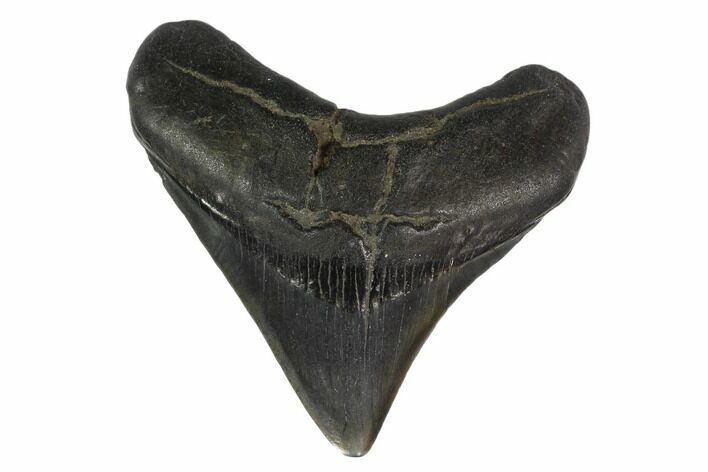 This is a fossil Megalodon tooth collected in South Carolina. This tooth is a posterior tooth from the back of the jaw. 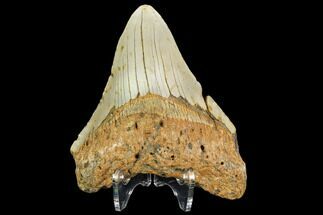 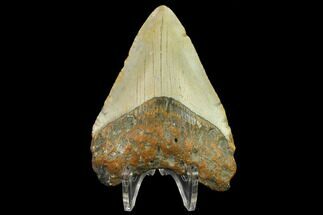 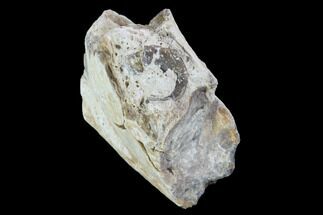