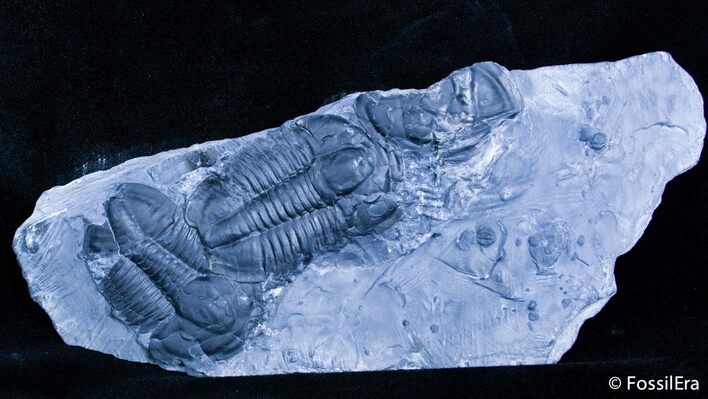 This is a a multiple trilobite plate with two Asaphiscus wheeleri which are both about 2 inches in length. There are also several small Bolaspidella trilobites and some other trilobite parts on this plate.

Size ranges for Asaphiscus are half an inch to over 3 inches, with 1-2 inches being typical. Trilobites like modern day lobsters molted as they grew shedding their exoskeleton. About 80% of of the specimens collected in the wheeler shale tend to be molts. Molts are identifiable because they are missing thee "free cheeks" on the side of their heads. They are collected in the same quarries as the prolific Elrathia kingii but are less common and due to their thinner shell less likely to survive intact.
More About Trilobites
SOLD
DETAILS
SPECIES
Double Asaphiscus Wheeleri Plate
AGE
Middle Cambrian (505 Million Years)