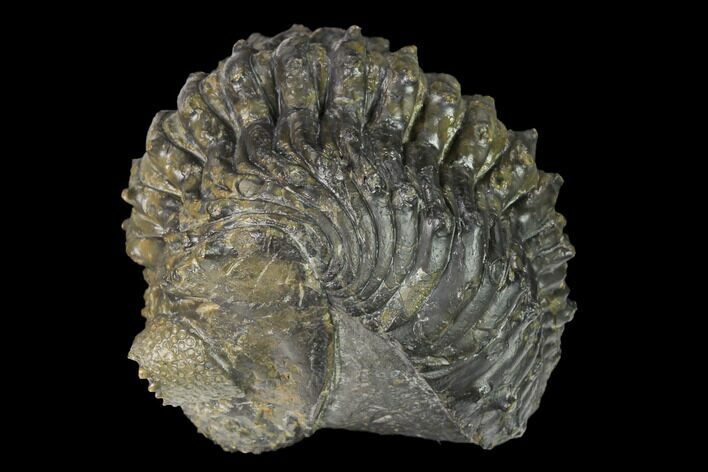 This is a 2.5" wide, spiny, Drotops armatus trilobite, preserved in a partially enrolled position. This large phacopid trilobite would have been over 3" long if outstretched. This species is covered in over 50 large spines, but the spines are all broken off fairly close to their base in this example. That is the reason for the bargain price. Nice eye facet detail in the left eye, though much of the right eye has been restored. 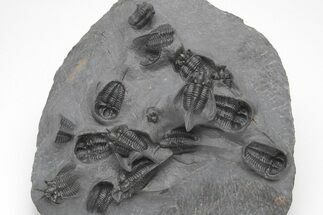