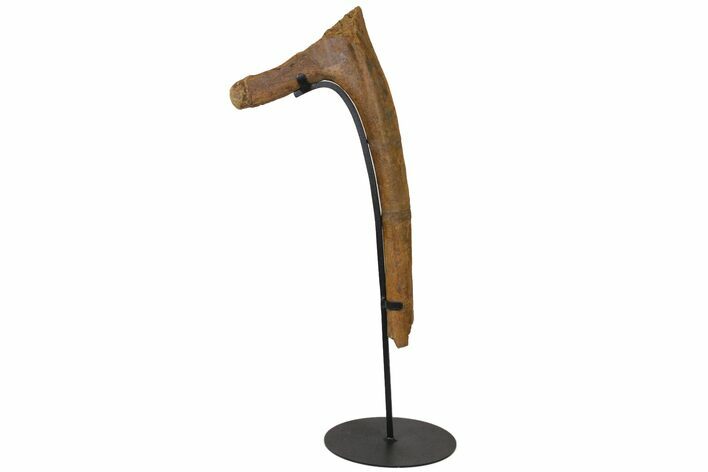 This is a 21.4" long fossil Triceratops partial rib that was collected from the Hell Creek Formation near Bowman, North Dakota. There are repaired cracks through the bone, with significant restoration to the proximal end of the bone. Other restoration is in the form of minor gap fill between repaired cracks.

It comes with the pictured custom built metal display stand. The partial rib is 21.4" long and on the stand the specimen is 27.8" tall