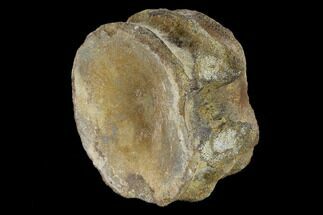 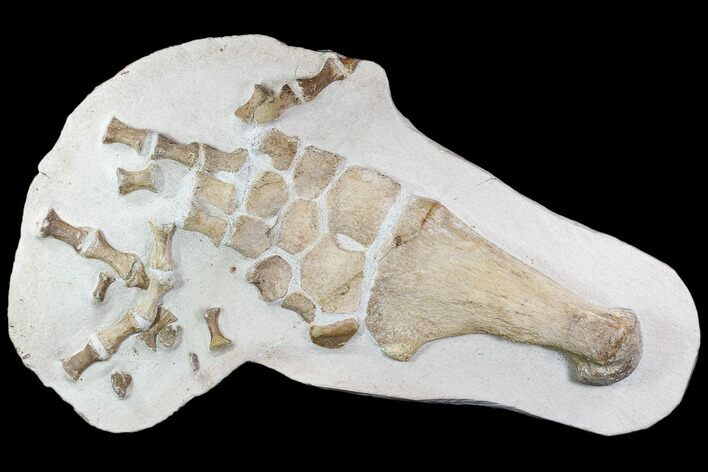 This is a stunning 22" long fossil Plesiosaur paddle from the Upper Cretaceous (Early Turonian Stage) deposits near Goulmima, Morocco. The bones towards the end of the paddle are disarticulated, but there is no compositing and only some very minor restoration along repaired cracks.

It comes with a display stand or we can add a backing and wall hanger upon request. 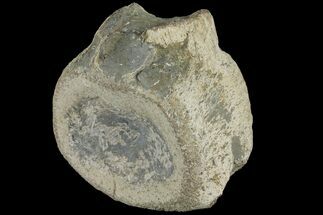 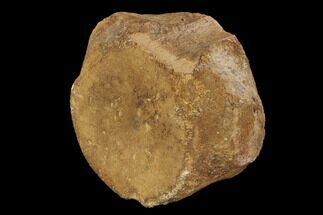 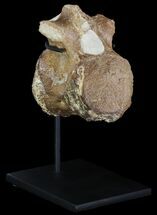