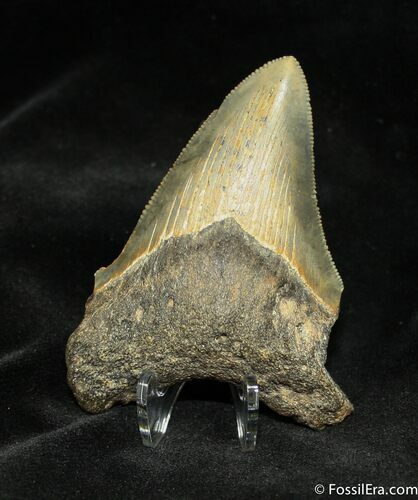 Here is a 3.02 long Megalodon tooth with very nice serrations and a sharp tip. It was collected by a diver after it had eroded out of the 4-7 million year old Hawthorn Formation. These fossils come with an acrylic display stand to really show it off.