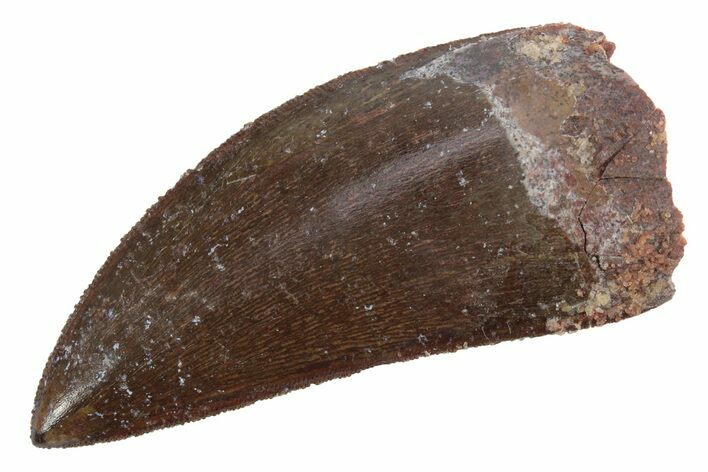 This is a top quality, charc tooth with superb serrations, exceptional enamel preservation and an unworn tip. It has no restoration or repair.