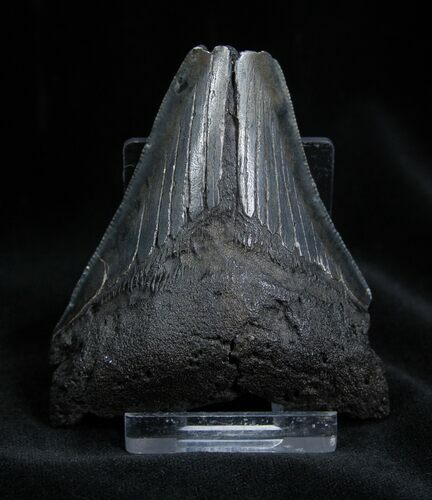 Here's a bargain Megalodon tooth. It's 3.11 inches long from Georgia and just missing it's tip but has nice serrations.