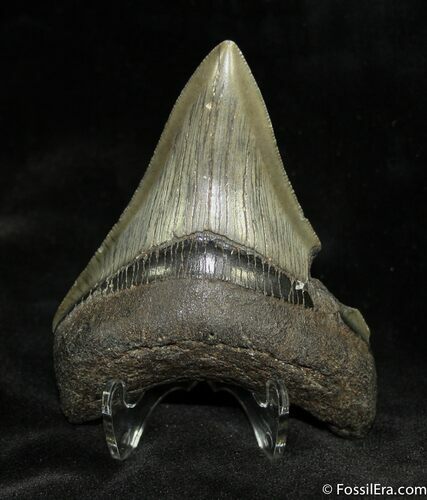 This is a beautiful 3.11 inch Megalodon tooth with excellent serrations and a sharp tip. It's from the 4-7 million year old Hawthorn Formation and displays well on it's included acrylic display stand.