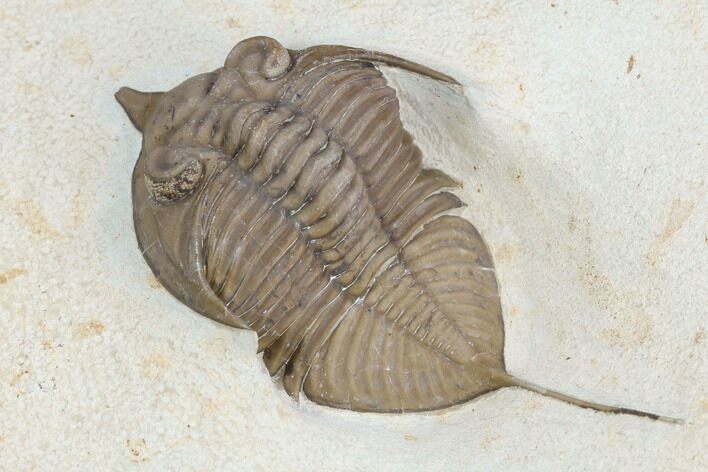 This is a large 3.1" long example of a rare, long-spined Huntonia lingulifer trilobite. Huntonia lingulifer is much rarer than the other species of Huntonia in the same horizon at Black Cat Mountain. Less than one in ten of the Huntonia's found are lingulifer, so on average there may only be one or two good complete specimen found each year. One of the main characteristics that separate it from the other species of Huntonia at the locality is the much longer pygidial (tail) spine.
View All Black Cat Mountain Trilobites For Sale
More About Trilobites
SOLD
DETAILS
SPECIES
Huntonia lingulifer
AGE
Lower Devonian