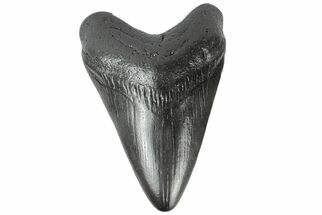 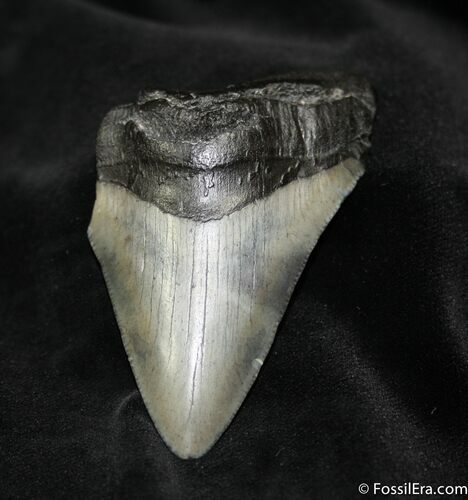 Here is a bargain 3.28 Megalodon tooth with a beautiful, glossy and serrated blade.