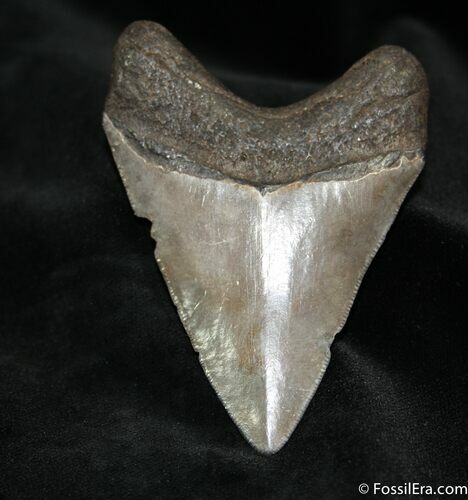 Here is a nice 3.33 inch long Megalodon tooth from Georgia with some really sweet serrations. It has a colorful and natural glossy blade.