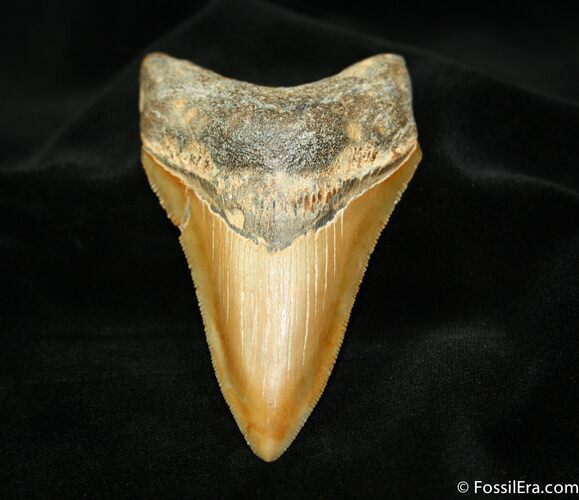 This is a 3.51" long tooth from the prehistoric, monster shark, the Megalodon. It was collected by a diver off the North Carolina coast after it weathered out of the Pungo River Formation making it approximately 4-7 million years old. It comes with an acrylic display stand.

This tooth has some nice serrations.