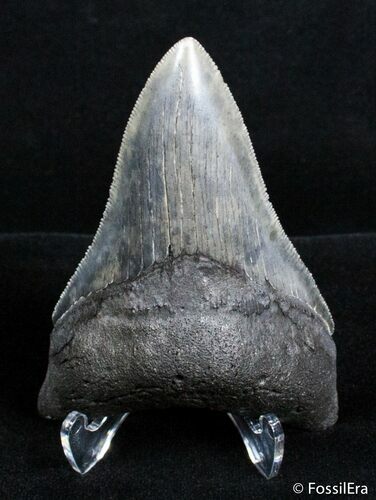 This is a 3.55 inch long Megalodon tooth collected from a river in Georgia. It has razor sharp serrations, almost like a steak knife. The coloration is beautiful and it displays well on an included stand. 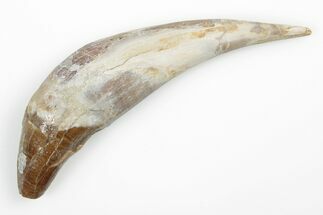 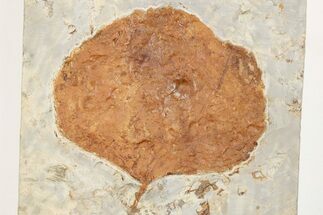