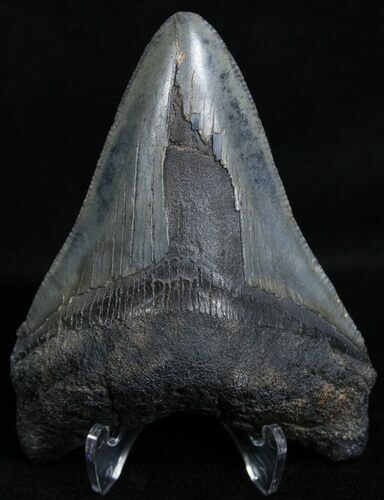 This is a nice 3 1/2 inch long Megalodon tooth from Georgia. Other than an enamel peel on the front side it's in pretty nice good shape. The root is really nice, the serrations are worn but still visible. 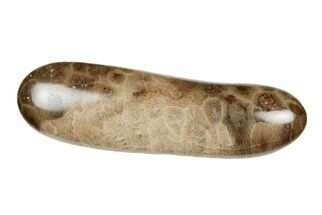 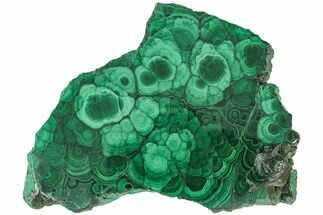 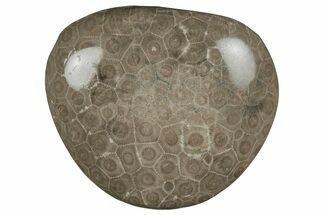