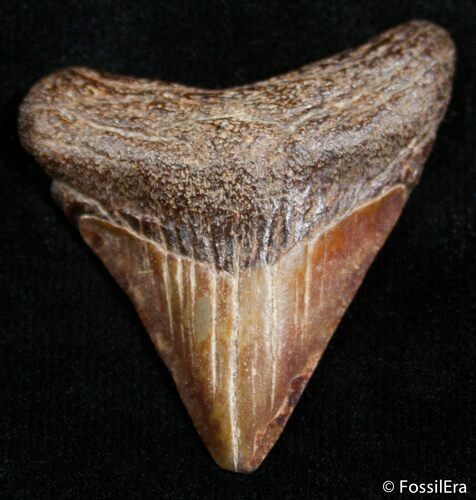 This is a small brown Megalodon tooth from Georgia. It would have come from a juvenile of this monstrous species of shark.
The Megalodon was not only the biggest and baddest prehistoric shark that ever lived, it was the largest marine predator in the history of the planet. Today’s great white sharks would be a mere bite-size snack for this monster. It terrorized the diverse ocean waters around the world from 15.9 to 2.6 million years ago (late Oligocene to early Pleistocene). This massive and extinct species of shark was estimated to grow to nearly 60 feet in length and has often been declared the greatest vertebrate predator which ever lived.