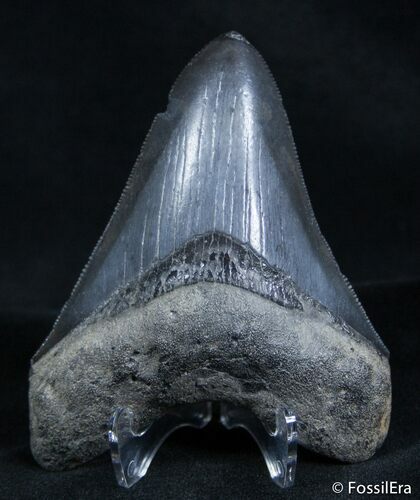 This is a beautiful dark black Georgia Megalodon tooth which is 3.6 inches in length. It is wonderfully serrated and is in great shape all around except for a few small chips.