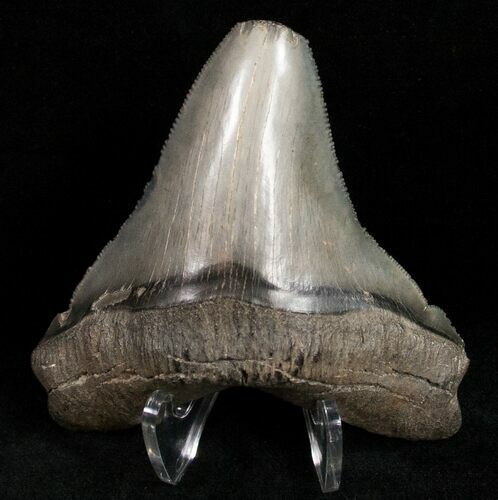 This is a 3.63" long fossil Megalodon tooth from the Hawthorn Formation of Georgia. It still has razor sharp serrations along the edge, beautiful enamel and a robust root. The tip shows signs of severe feeding damage where the tooth was broken from an impact with bone or another tooth. This is fairly common with large Megalodon teeth given the massive bite force this shark could exert.