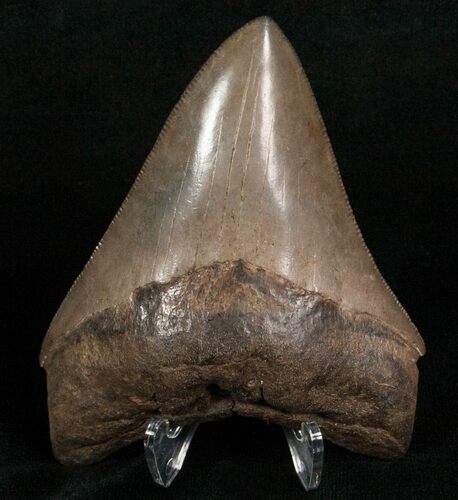 This is a nice 3.69 inch long tooth collected from St. Mary's River in Georgia. It has a light brown coloration distinctive to teeth from this river. It's in great shape overall with nearly all of it's serrations present, just a little worn. It comes with an acrylic display stand.