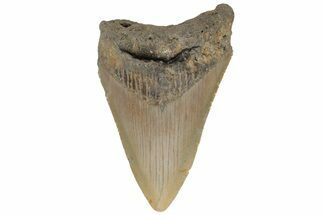 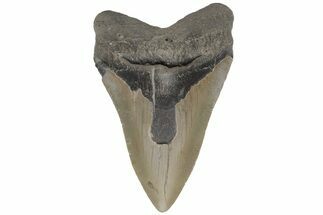 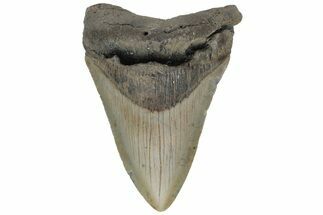 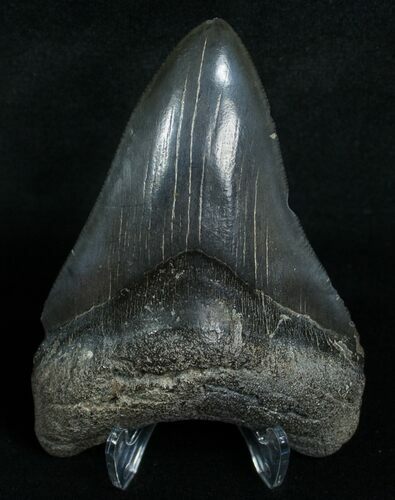 This is a nice 3.70" long Megalodon tooth found in the Pungo River Formation of North Carolina. It has nice glossy enamel and a robust root but the serrations are worn. Still a beautiful looking tooth. 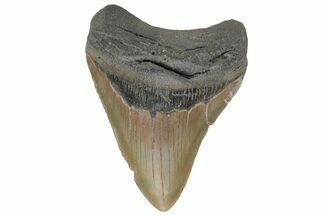