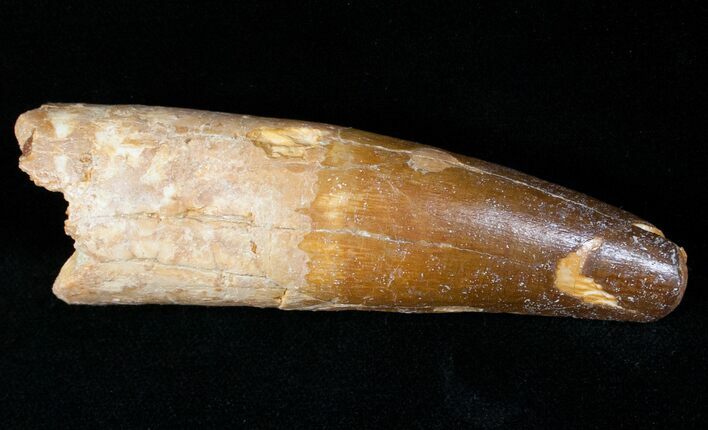 This is a large, 3.72" long tooth of Spinosaurus maroccanus. It's rare to see tooth this size intact, and most of the ones you see for sale this big are heavily restored or composites. This tooth has some stabilization of cracks but has not been restored. The tip has been worn down from natural feeding wear and a good amount of the root is still present.