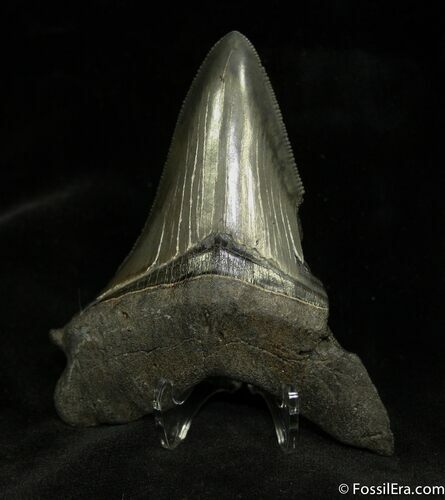 This is a nice tooth from the prehistoric, monster shark, the Megalodon. It is 3.77 inches in length and has great serrations and a sharp tip. Other than the small section missing from the right side of the blade it is a beautiful tooth.