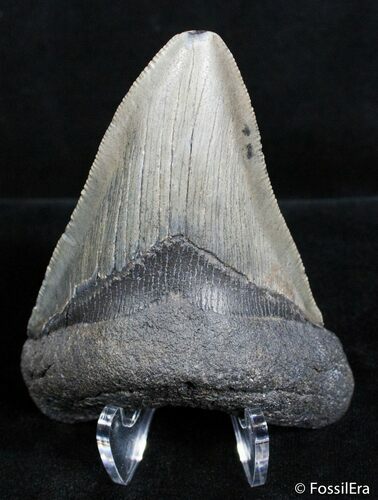 This is a 3.8" long Megalodon tooth collected off the coast of South Carolina. It comes from the Hawthorn Formation making it approximately 4-7 million years old. There is some feeding damage to the tip but most of the serrations are still visible.