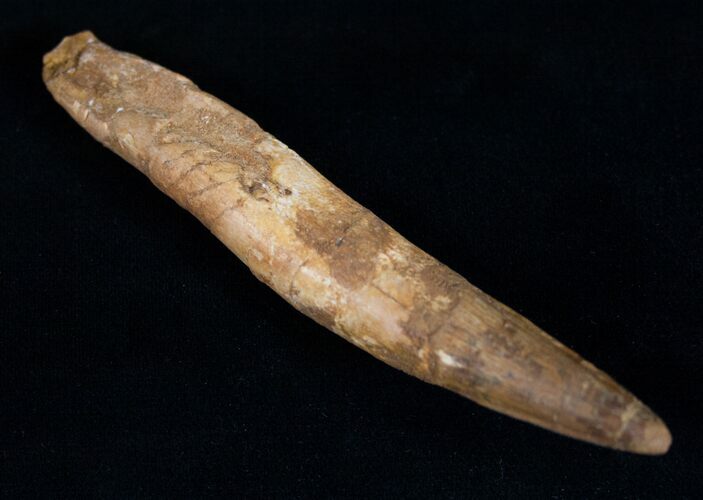 This is a 3.89" long tooth a Spinosaurus the largest known meat eating dinosaur. It's Late Cretaceous, approximately 100 million years old and from the Kem Kem Basin in Morocco.

This tooth has nice golden enamel and includes a root. The tooth is a composite though, meaning the root is very likely not from the same tooth.