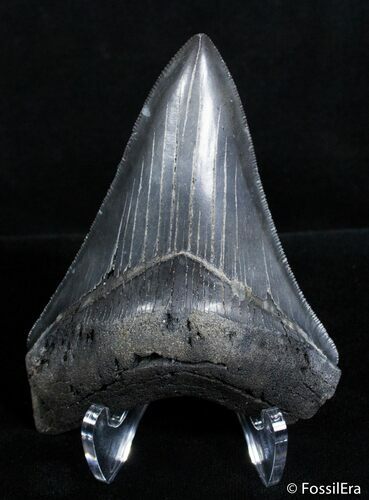 This is a 3.9 inch long tooth from the prehistoric, monster shark, the Megalodon. It was collected in Georgia and comes from the Hawthorn Formation making it 4-7 million years old. It's missing the corner of the root but is otherwise wonderfully preserved with great enamel and sharp serrations. It comes with the pictured acrylic display stand.