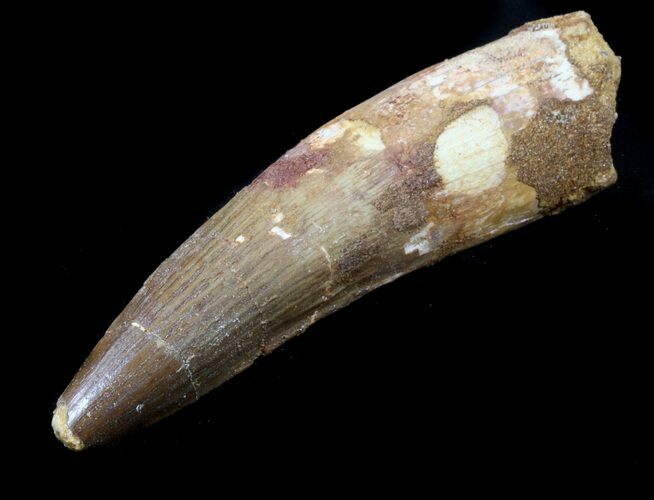 This is a large, 3.91" long tooth a Spinosaurus, the largest known meat eating dinosaur. It is from the Kem Kem Basin in Morocco and is Late Cretaceous in age, approximately 95 million years old.

This is a fairly large Spino tooth with a nice section of root present. Some minor tip where. A few crack repairs but the only restoration is a some small crack fills. 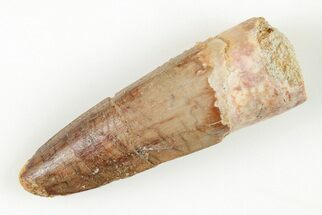