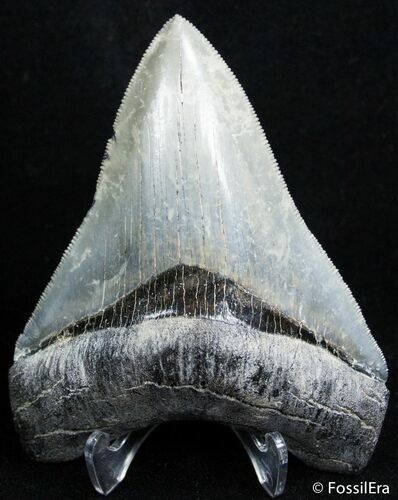 Unlike the Carolina's large Megalodon teeth are not often found in Florida. In fact teeth over 3 inches are considered rare finds, and this tooth is just a hair (literally) under 4 inches. It's in excellent shape with a beautiful, naturally glossy blade, sharp serrations and tip and a fine bourrelette. Teeth from the Bone Valley Formation are highly coveted by collectors and this is certainly a premium example of one. It has no repair or restoration. 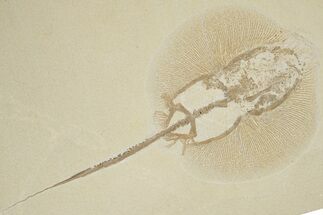