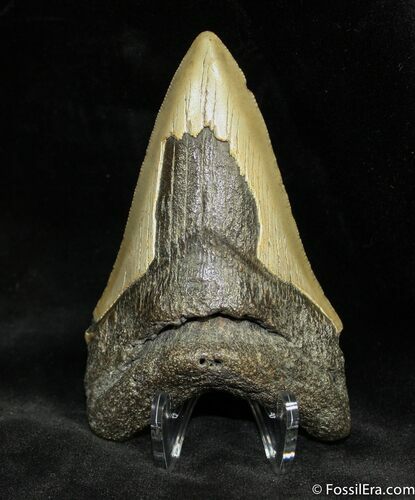 This Megalodon tooth is just a hair shy of 4 inches and is truly a dagger with a nice tip and visible serrations. It was collected off the coast of South Carolina after if weathered out of the 4-7 million year old Hawthorn Formation. It displays well on the included acrylic stand.