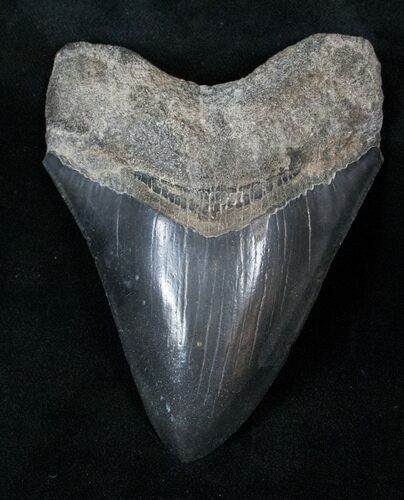 This is a beautiful, grey 3.99" Megalodon tooth collected from Medway Sound, Georgia. It comes out of the Hawthorn Formation making it Miocene in age. A tooth this size would have come from an adult Megalodon shark, probably around 35 feet in length.

The enamel on this tooth is grey and glossy the root is in good shape. The serrations are pretty worn but most are still visible.