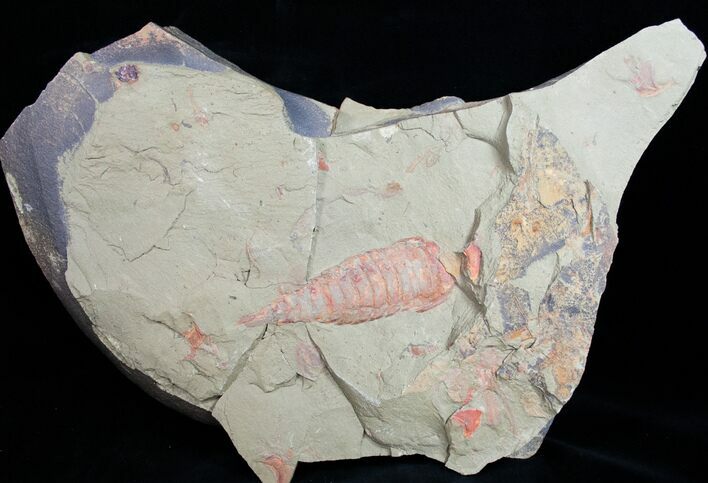 This is a truly spectacular fossil, it's a large specimen of a rare Aglaspid (Tremaglaspis) It comes from the Upper Fezouata Formation Formation in the Zagora region of Morocco. At 3" long this one is quite large, and it's one of the best preserved examples I've ever seen. It's laid out straight, inflated and has brilliant coloration which contrasts nicely with the rock. There is also fossils of several other critters on the rock. Both the positive and negative are included. This aglaspid has frequently been identified as Leptaglaspis schmidti in the past, but Tremaglaspis appears to be more accurate.

Aglaspids are a rare type of arthropod which was probably related to trilobites. For a while was regarded as the ancestors to horseshoe crabs, though this theory has fallen out of favor.