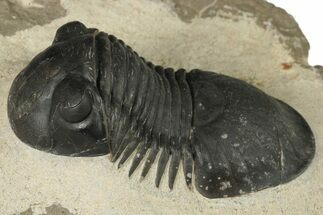 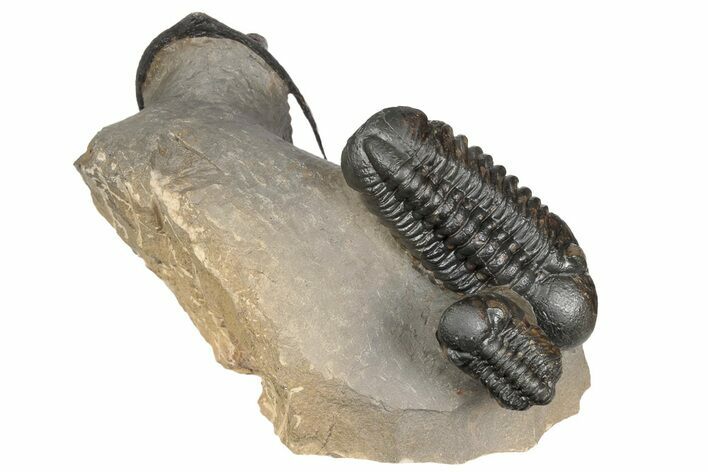 This is a really cool trilobite association from Atchana, Morocco. There is a 3" long Zlichovaspis associated with a pair of Reedops. The surrounding limestone has been removed to create an aesthetic display piece of the three trilobites. Nice eye facet preservation in all of the trilobites. 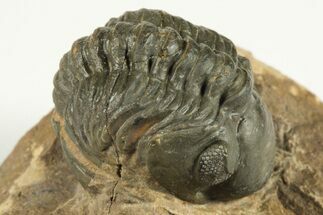 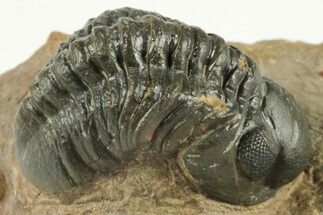 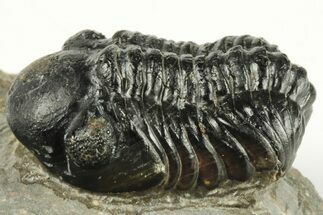 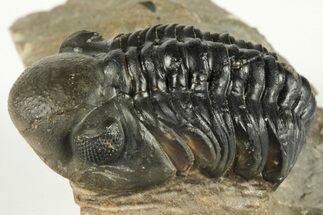