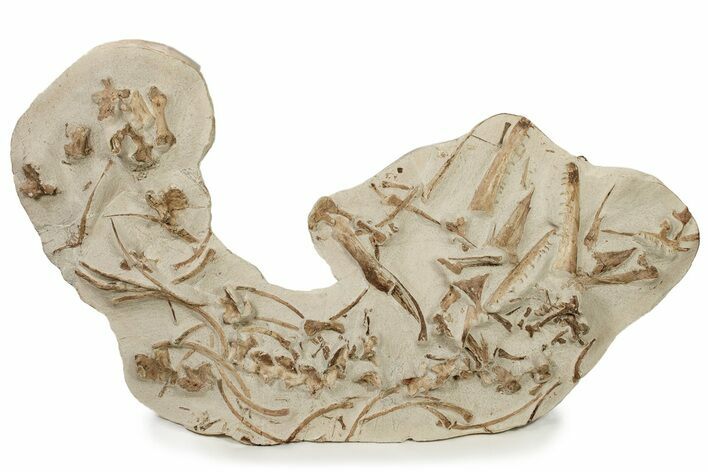 This is a 37 x 21" slab of stone containing the disarticulated remains of a small Mosasaur (Tethysaurus nopcsai). It comes from the Upper Cretaceous deposits near Asfla, Morocco. The disarticulated skull is present along with many vertebra, ribs, and limb bones. The bones have been beautifully prepared to bring them out in high relief against the surrounding rock.

We can add a backing and wall mounting hardware to this piece upon request.