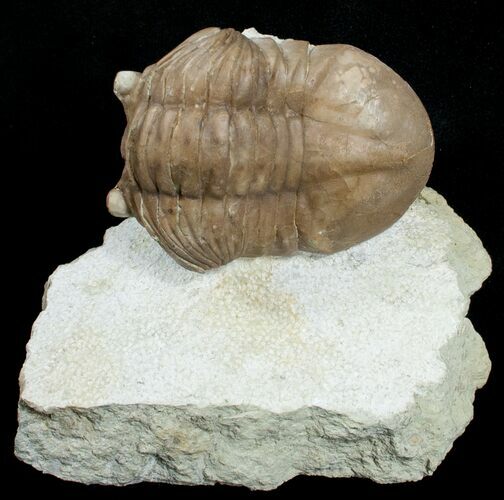 This is a fine specimen in Asaphus plautini one of the scarcer of the many species of Asaphid trilobites from near St. Petersburg, Russia. It's nicely preserved and has been prepared from the limestone which it was encased in so that it looks like it is in the process of crawling off of the rock. It was found at the Vilpovitsy quarry and is Lower Ordovician in age, or approximately 460 million years old.

Like nearly all trilobites from these localities there is some shell restoration but it is pretty minor. There are a few small patches on the body and one on the edge of the right side of the head, maybe 5% total.