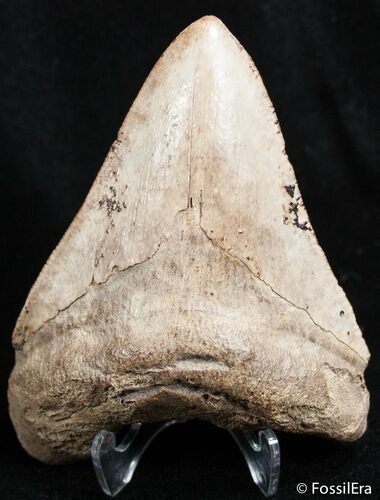 This is a nice 4 inch Megalodon tooth with unusual light coloration. It's complete, has a nicely shaped blade and is just a hair over 4 inches long. I was told it was found in Texas near the Georgia border, but I can not find record of meg teeth being found in Texas so I'm very skeptical and will just label it as coming from the SE United States.