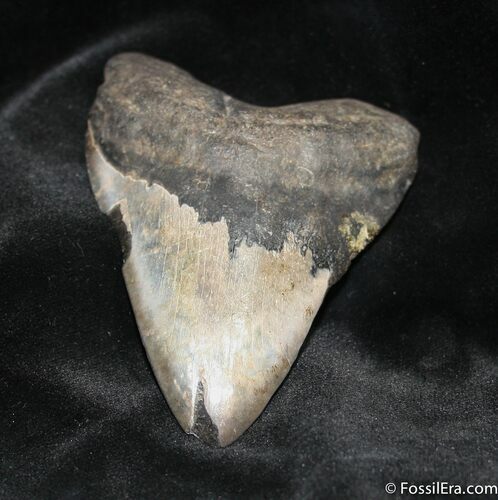 Here is an inexpensive 4 inch Megalodon tooth from off the coast of either North or South Carolina. They are collected by divers after they erode out of the Hawthorn Formation.