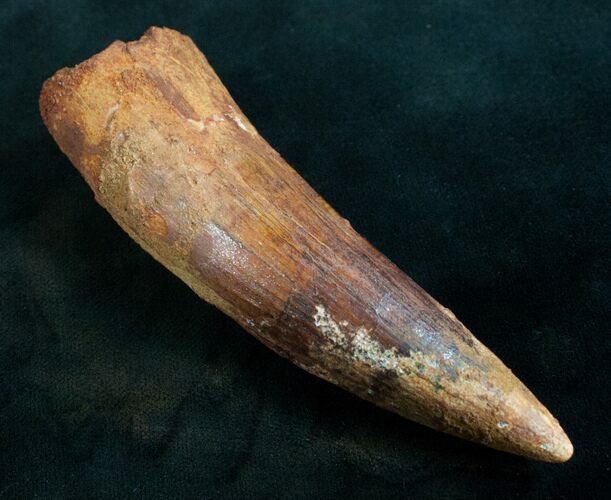 This is a huge, 4.05" inch long tooth from the largest known meat-eating dinosaur, Spinosaurus maroccanus. Very few teeth that are found complete are this size. It's Late Cretaceous, approximately 100 million years old and from the Kem Kem Basin in Morocco. The tooth is in overal decent shape considering it's size but it has a few areas where there has been some restoration done to fill gaps.