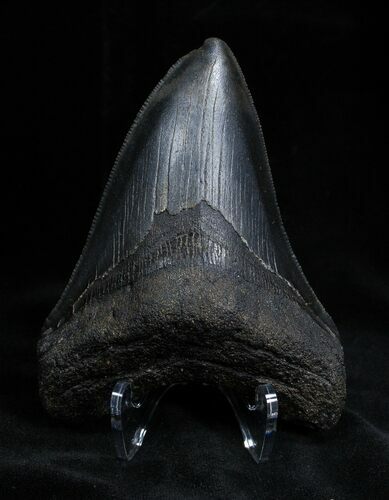 This is a highly serrated and dark Megalodon tooth from Georgia. It's 4.08 inches long and in great shape with no restoration or repair. You can run your teeth along the edge and feel how sharp the serrations still are. These fossils come with an acrylic display stand.