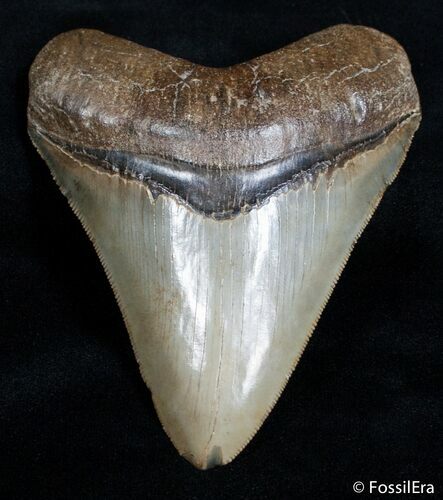 This is a beautiful tooth from Beaufort, SC with really nice enamel and well defined serrations. The only real knock on the tooth is some feeding damage to the tip. It has no repair or restoration.