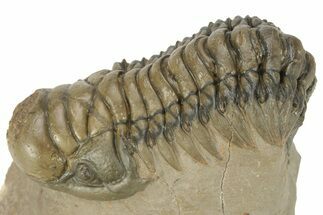 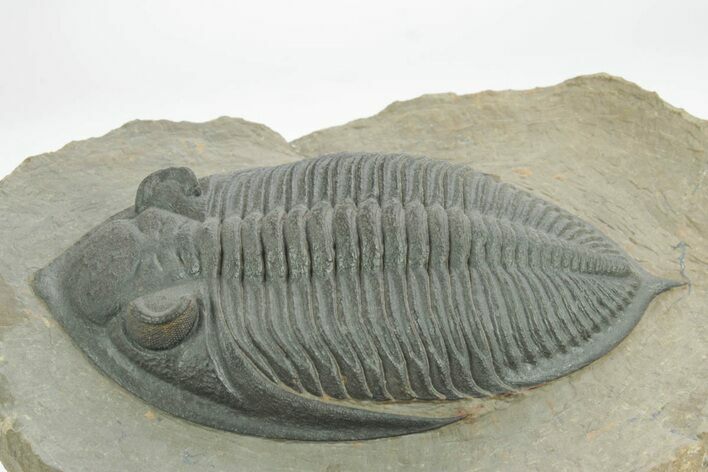 This is a very inflated, 4.1" long Dalmanitid trilobite (Zlichovaspis rugosa) collected near Atchana, Morocco. It is good-sized for the species, has beautiful shell, laid out nicely, and the preparation is excellent. Of particular note is how inflated this specimen is as well as the orange eye preservation. I had this one in my personal collection until recently. 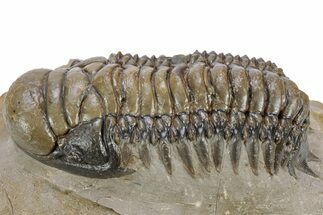