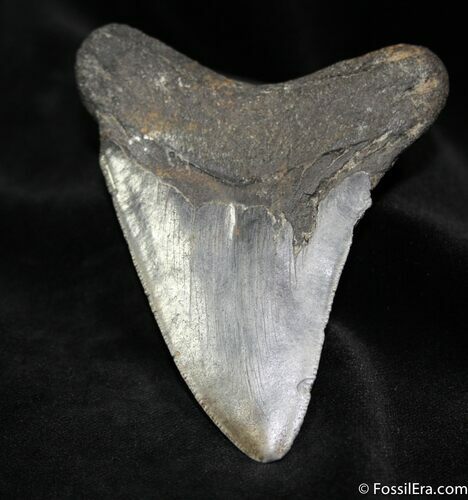 Here's a menacing 4+ inch Megalodon tooth which was collected from Georgia.