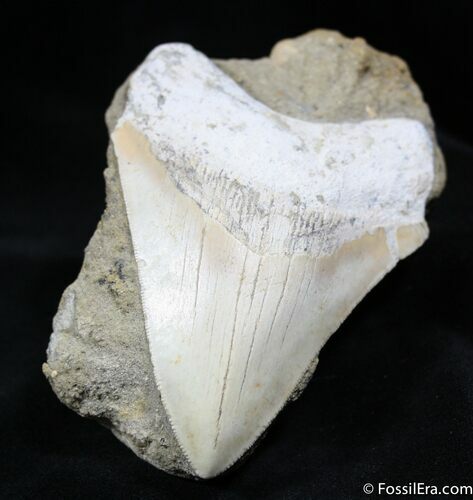 This is a really killer Megolodon tooth from the famous Summerville, SC land sites. The vast majority of teeth on the market are river or ocean finds. This unique tooth is still attached to the natural rock matrix is was collected from. Due to the soil conditions most teeth from Summerville are not well preserved, but this tooth is an exception. Just check out the great serrations and tip on the tooth.