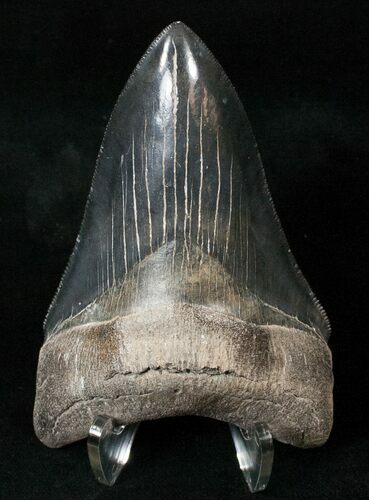 This is a super 4.15" long lower Megalodon tooth with great serrations. It was collected near Sunbury Landing in Georgia. The enamel is a beautiful glossy black and it's a great tooth all around. Comes with an acrylic display stand. 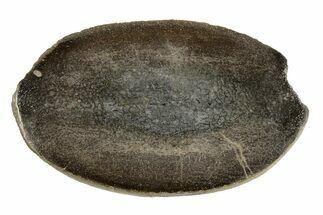