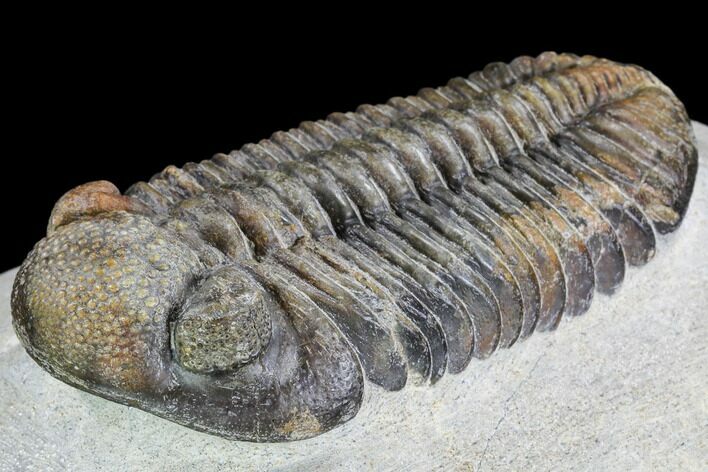 This is a very large, 4.15" long Pedinopariops (Hypsipariops) vagabundus from Mrakib, Morocco. It has a beautiful, multi-toned shell coloration and is nicely prepared. The limestone around it has been sculpted, leaving it displayed very aesthetically on a pedestal of rock. Clear eye facets in both eyes and just some minor restoration along the repaired cracks. A phenomenal example of the species.