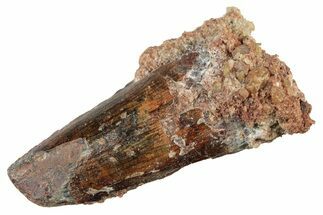 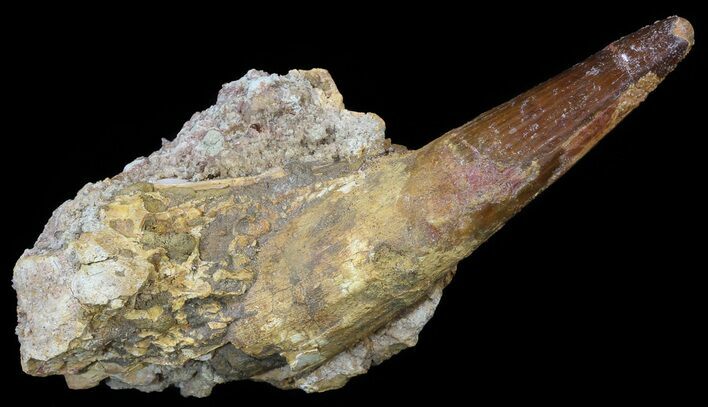 This is a large, 4.16" long tooth a Spinosaurus, the largest known meat eating dinosaur. It is from the Kem Kem Basin in Morocco and is Late Cretaceous in age, approximately 95 million years old.

This tooth is unusual because it's still partially embedded in the rock that it was found in. At over four inches long, it's a pretty good sized tooth and most of the enamel is in good shape. There is a crack repair with thin gap fill about 1/2" from the tip, as well as some restoration right at the tip of the tooth and where the tooth meets the rock.