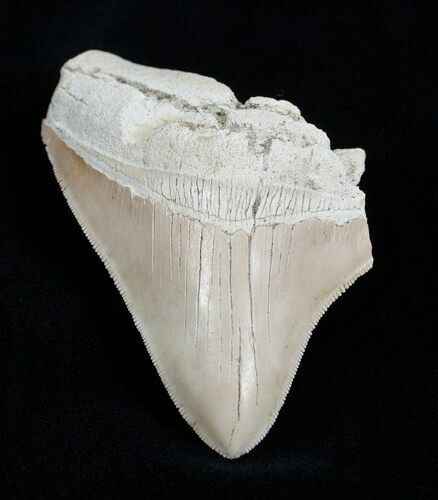 Here is a beautifully colored partial Megalodon tooth from the Summerville land site. Teeth from here are rare and they are highly collectable due to their unique coloration. This tooth exhibits that amazing color as well as having some truly killer serrations. Just too bad it's not fully complete.